Earning a Ticket to Ride 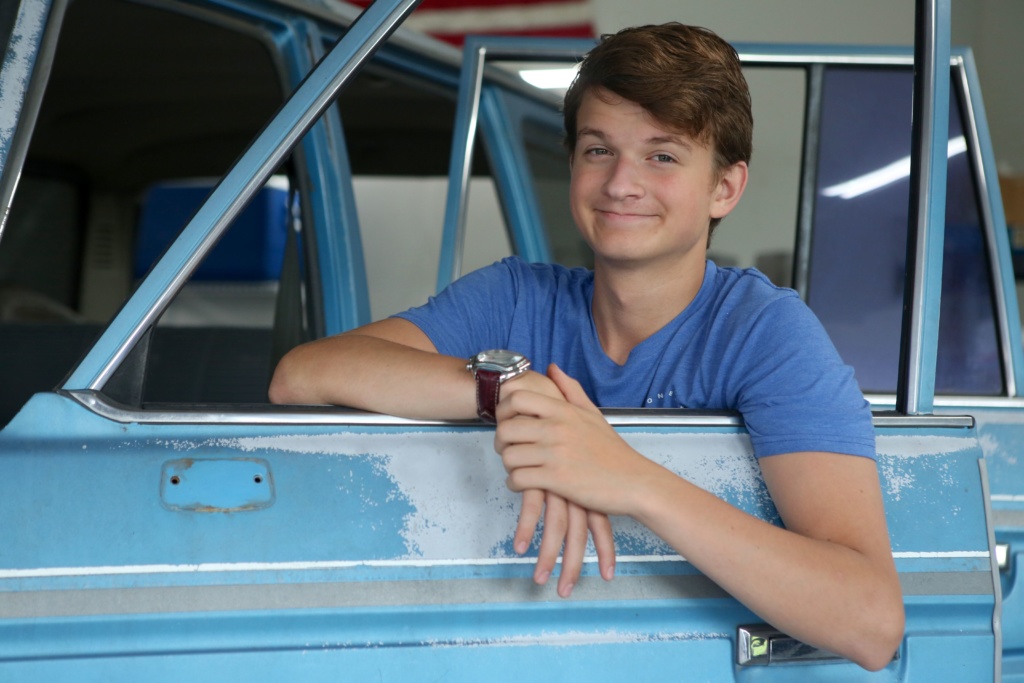 People always remember their firsts; first dog, first bike, first kiss, and of course, first car. For 16-year-old Caleb Hanegraff, his first car was built out of memories that will last a lifetime.

Most people who are offered a vehicle that has been sitting in a ditch for several years would be quick to pass. Not Caleb Hanegraff, 16. When he was presented with a heavily rusted 1987 FJ60 Toyota Land Cruiser from his Uncle Kevin, it quickly became a father-son project. Caleb received the rig more than a year before his 16th birthday, and planned to get it roadworthy with the help of his dad, Peter, by the time he could get his license. They soon found out they may have bitten off more than they could chew. 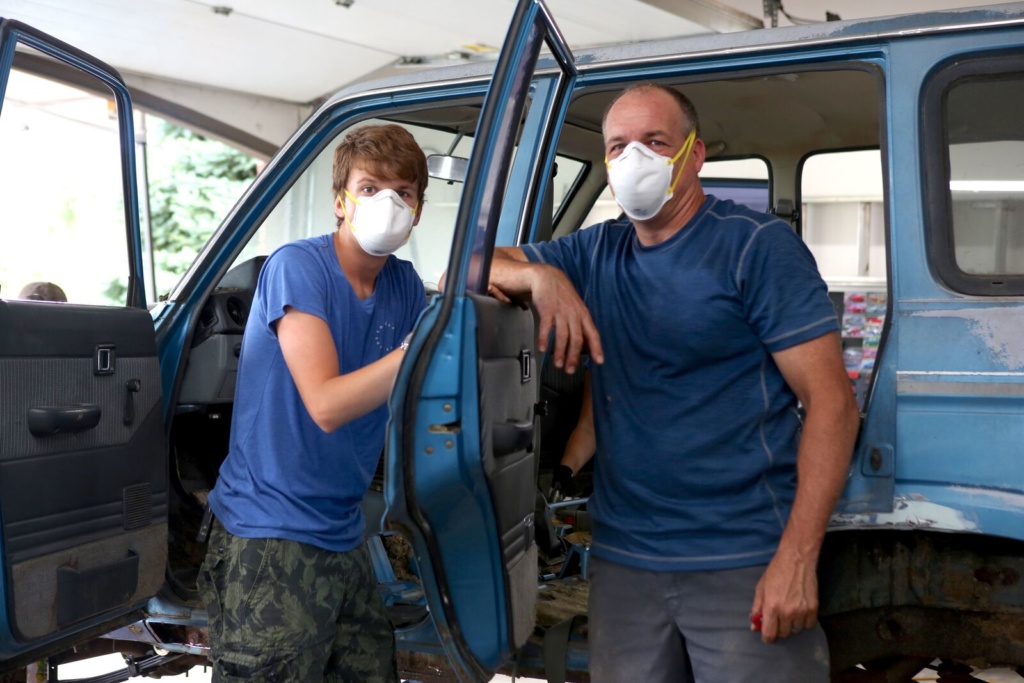 Caleb and Peter working on the Toyota

When the pair came to the conclusion that they would not be able to get the Toyota into a safe and reliable condition, they sent out a plea to the Garage Squad. After viewing their submission, the truck itself was quite intriguing to Joe, Bruno, Cristy Lee and the rest of the team, but there was something else that caught their attention, Caleb had been diagnosed with Asperger’s.

“I would like the world to know that raising a child with Asperger’s [shouldn’t allow you to] ever limit your child with your own doubts or fears,” Wendi Hanegraff, Caleb’s mom, says.

Being on Garage Squad could prove Caleb’s abilities were limitless. 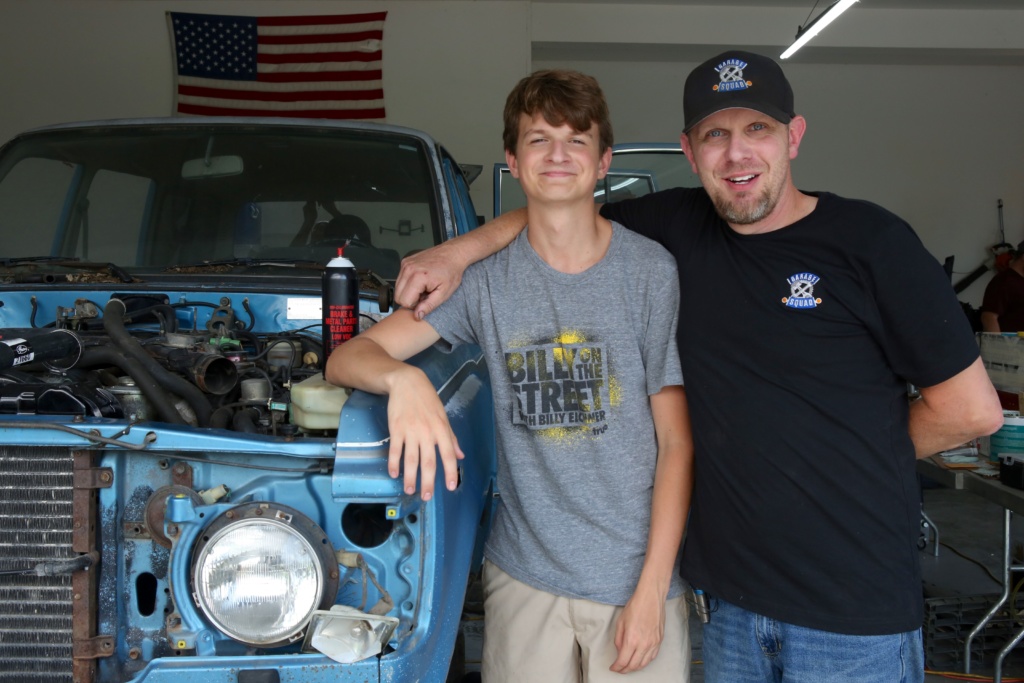 Asperger’s, a form of high-functioning autism, causes Caleb to obsess over time and exercise over-practicality in nearly every way, says Wendi. For the Garage Squad, this truck instantly became an opportunity for an educational experience that would still allow them to help a deserving family. Challenge accepted! The tough build that lay ahead would require everyone to work in sync, luckily, Caleb was ready to dive right in.

“[This experience would teach me] lots of patience,” Caleb says, and “being thankful every step of the way.”

Now that this father-son project had become a father-son-Garage Squad project, the truck came together fast, but not without many lessons along the way. From tearing out the interior to shaving off old window tint, there was no shortage of tasks to be done, many firsts for Caleb. Ronnie even took time to demonstrate to Caleb how the Toyota’s brakes work. It was a moment that was not just caught on camera, but stamped on hearts throughout the garage.

“Seeing Ronnie take Caleb aside and not only showing him how to replace the rear brakes, but teaching him how they work; was above and beyond,” Peter Hanegraff, Caleb’s dad, says. “His mechanical understanding, strong work ethic, along with his passion to personally help us, made it especially meaningful.”

The extended Hanegraff family has long been involved with autism awareness. Uncle Kevin’s off road racing team is named A2, representing the organization Allies for Autism. Three of the race crew have family members with autism. It’s fitting that before the Toyota came into Caleb’s garage it was used as a parts vehicle for Kevin’s race trucks. For Wendi and Peter, they’re grateful for the help with the truck, but this was also an opportunity to help ensure Caleb, or anyone with autism, isn’t viewed as statistic. Peter says a person with Asperger’s, or autism, is still just a person, wonderfully and fearfully made. Wendi adds that they try hard to prepare their son for the future, but they know they must have realistic expectations and tackle each day with grace. 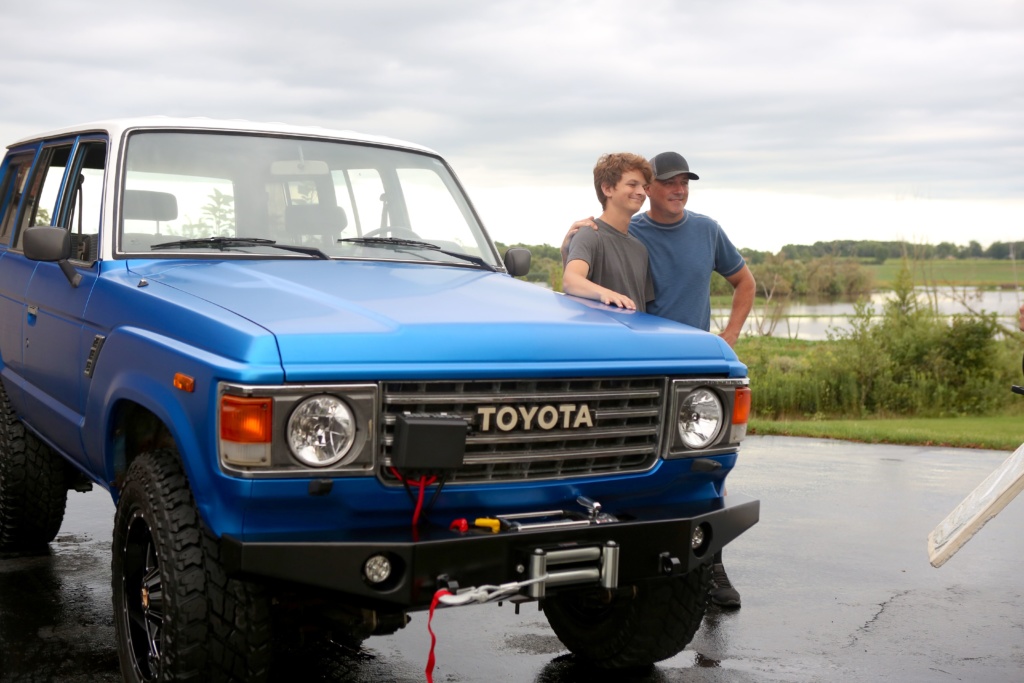 The expectations held by the Garage Squad crew were constantly exceeded by this young gearhead. In many cases it was like he already knew what he was doing. Under the car or under the hood, he was soaking up knowledge bumper to bumper. Caleb certainly earned his license to cruise, or go mudding, as he seems to prefer, during this Garage Squad rescue. Especially after the tedious task of checking all the vacuum lines. 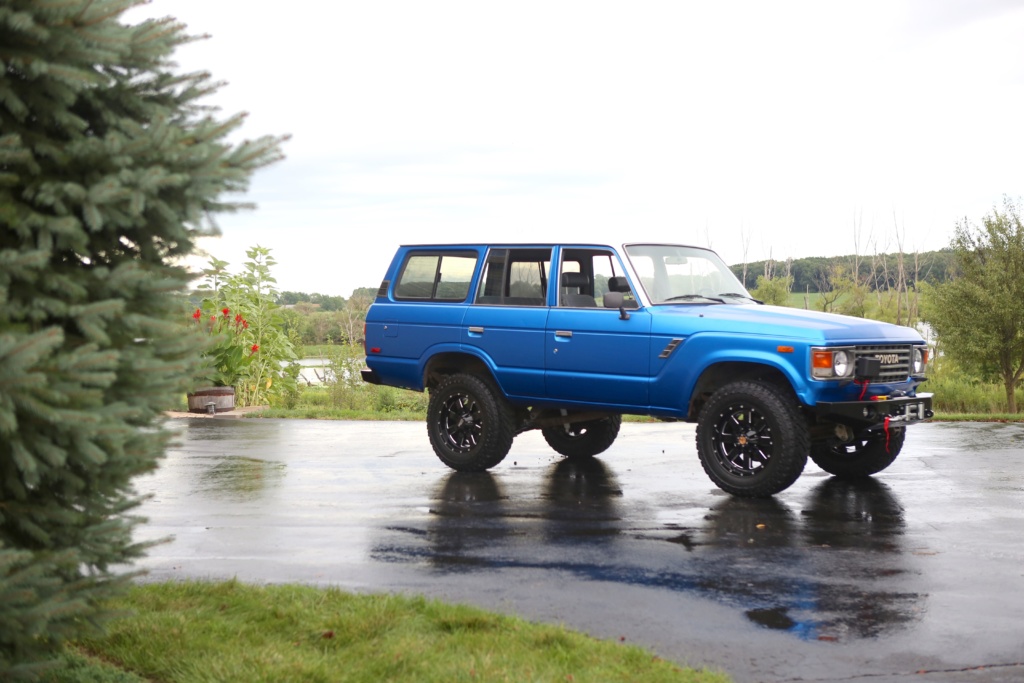 “I’ve learned so much more about an engine,” Caleb says. “It’s going to help in the future when I keep up the truck for years ahead.” 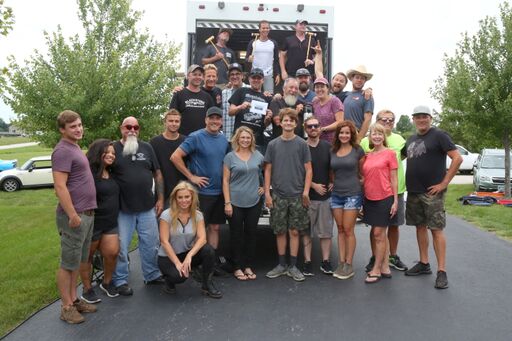 The Garage Squad cast and crew with Caleb and his family.