After five seasons of rescuing cars and trucks we wanted to check in with some of the owners we’ve helped out to see how they are enjoying their rides. First up, Paul Ritter and his 1950 Ford F3 that was bought new by his grandparents. As Paul says, it was a true representation of the American dream. That dream was born again after he inherited the truck following a near 50 year sleep in the barn. To put it lightly, this Ford was in need of a miracle. 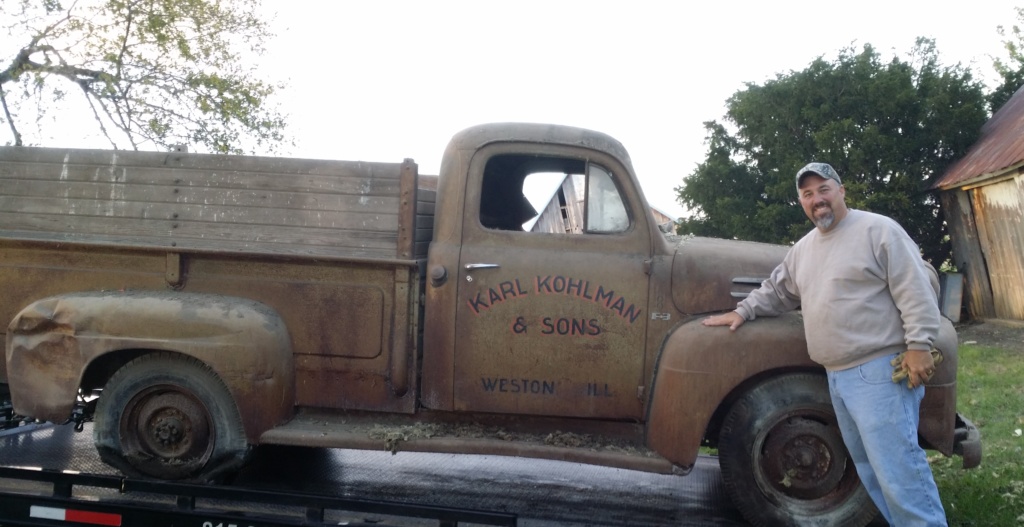 Garage Squad: Can you give us a brief history of your truck before Garage Squad? 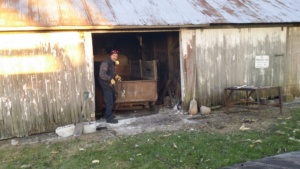 Paul Ritter: My grandfather came to the USA from Germany 1928, did not know English, met my grandmother who did not know German, fell in love and started a farm in Weston, Illinois (Corntown, USA).  In 1950, my grandparents purchased their first new vehicle, a Sea Island Green F3, my truck, by trading three horses for it. The truck was used quite extensively on the farm hauling grain to the elevator, and feed for the livestock.  My mom spent hundreds of hours in it, learning how to drive. With 24,000 miles on the odometer, the truck was retired to the barn in 1970, the same year I was born. Growing up, I would play in and on the truck, dreaming one day I would drive it.  In 2017, my aunt and mother asked me if I would be interested in having the truck. Quickly, I said yes, and my friends and I pulled it out of the barn for the first time in 47 years. Realizing we had our hands full, I reached out the Garage Squad for help. 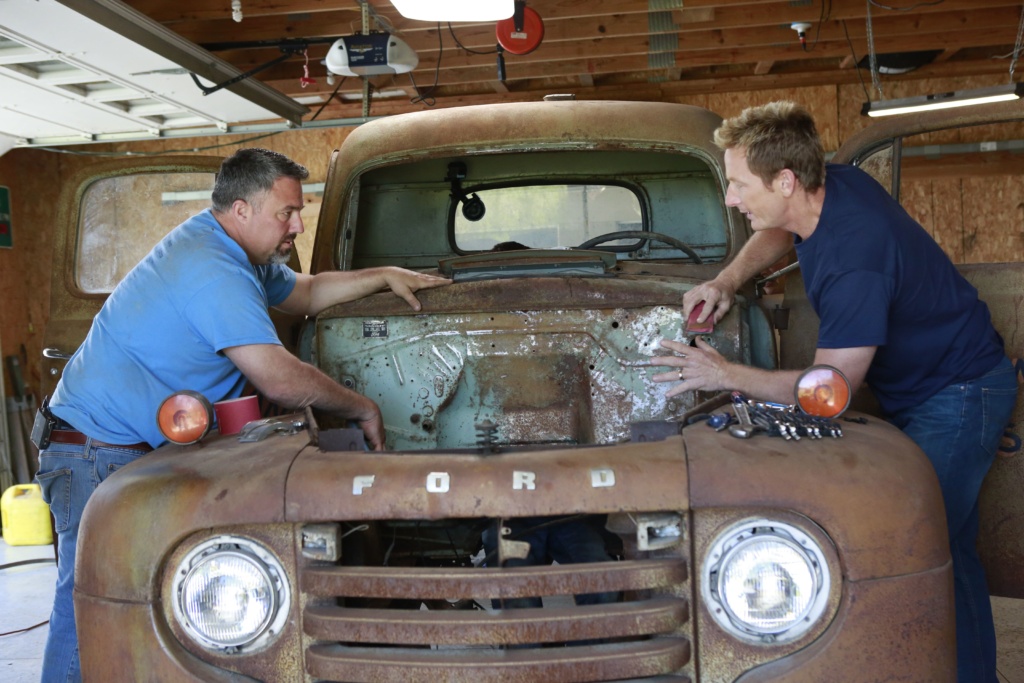 GS: What major troubles was the vehicle facing?

GS: What was your reaction to learning you’d be on Garage Squad?

PR: This guy called me and said he was with Garage Squad and I thought it was someone pulling a prank on me.  So… I hung up. It was Joe. Argh. Thankfully, he called me back told me not to hang up, and said he wanted to meet at my house.  When I hung up the phone, I was jumping up and down screaming for joy. My wife could not understand anything I was saying but I was on cloud nine. 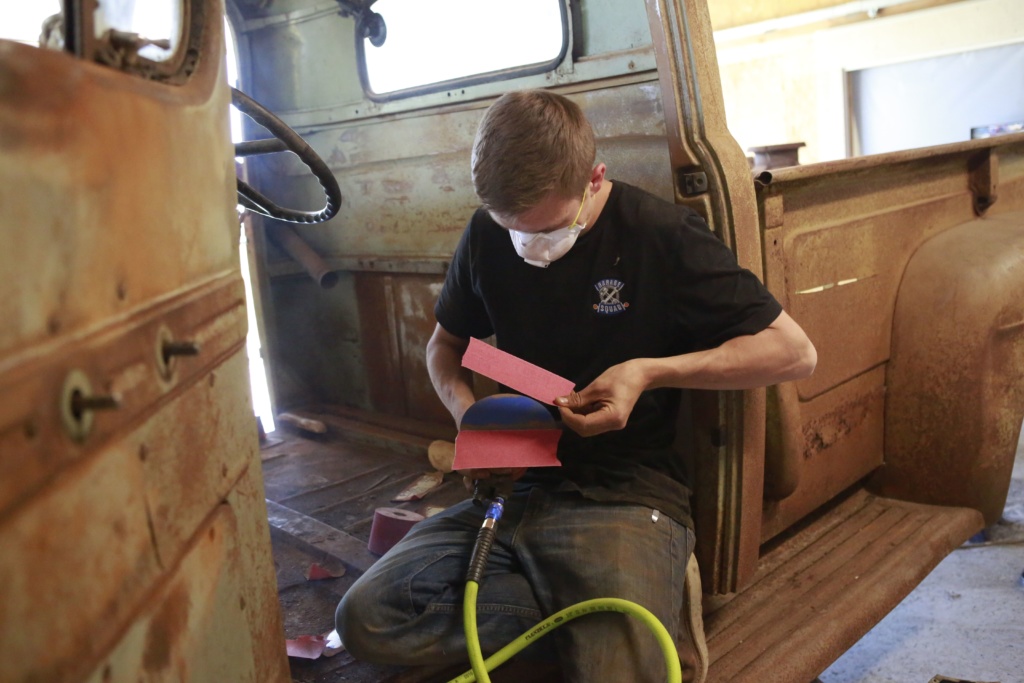 GS: How was it having the Garage Squad work on your truck?

PR: Having the Garage Squad work on my truck was like winning the lottery.  I was able to really work alongside the cast and crew. It was a lifelong dream come true.   What you see on the show is exactly what happened. I always thought the car shows on TV were set up or not real.  While some may be, I am hear to tell you the Garage Squad is the real deal. 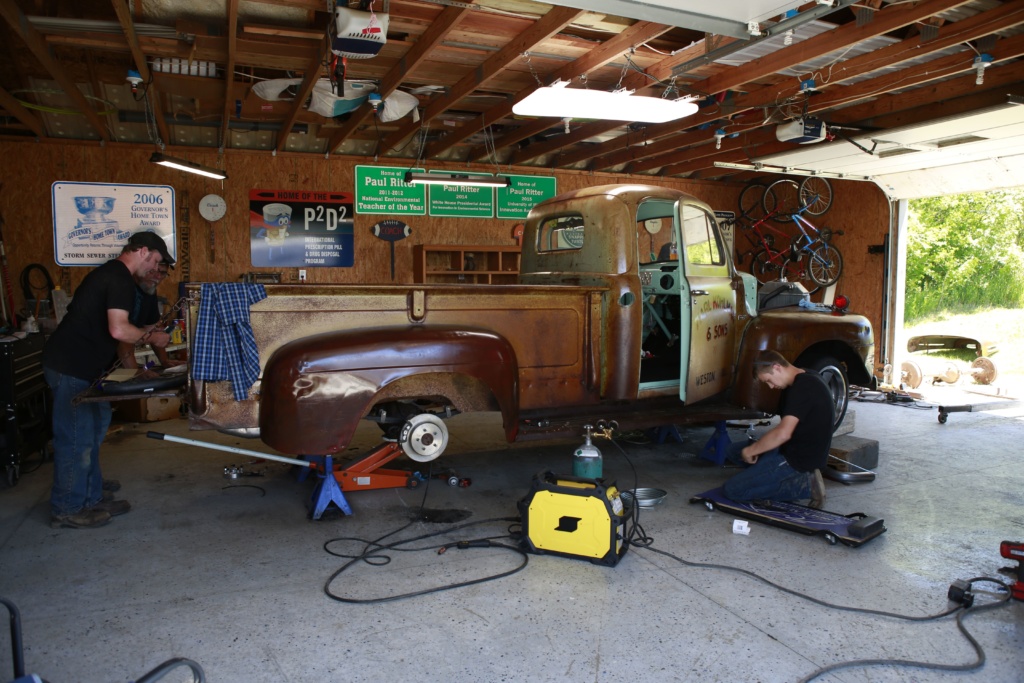 GS: What major improvements did the Squad do to the vehicle? 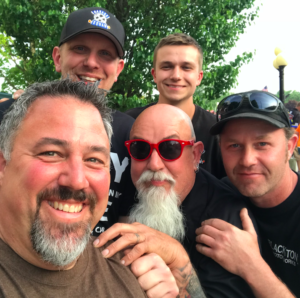 PR: They redid the entire truck with the exception of the exterior paint.  The inside of the truck looks like it is brand new. The Sea Island Green (baby blue) paint is beautiful.  It was very important that the outside not be changed because of the original door script, “Karl Kohlman and Sons Weston, Illinois”.   They just sprayed clear coat on the original patina.

GS: Any funny stories you remember from your build with the Squad?

PR: The funniest thing, reveal day was really my birthday, and we told my mom and dad to come over to celebrate.  They had no clue what was going on. I wanted to really surprise her. A local car club had caught wind that things were going on and they drove to my house and set up an impromptu car show in my backyard.  It was so cool. When my mom and dad arrived at our house, my wife and kids took them up to the house before they could figure anything out. They really wanted to see the car show but no one would let them go into the backyard,  Man they were frustrated. In the end, my kids took them out back. When we raised the garage door my mom flipped her lid. My mom is four foot nothing and weighs nothing. I am hear to tell you she yelled, cried, and then squeezed the stuffing out of Bruno.  I think he still has four bruised ribs. They had to reshoot the end when they tell you to submit your car because my mom was screaming into Bruno’s mic. The whole thing was a hoot. 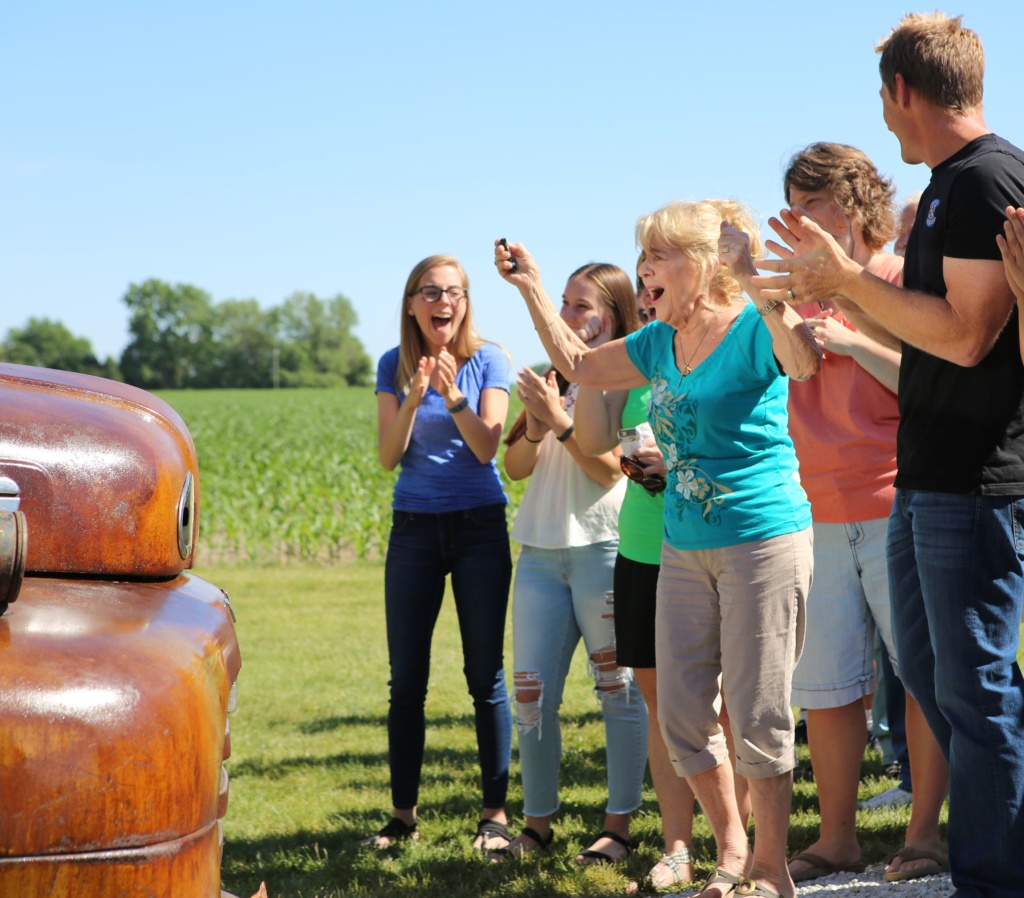 GS: How are you enjoying the vehicle today?

PR: I drive the truck all the time with my wife, and kids.  My black lab thinks she owns the truck. Anytime we go for a drive she has to be in the bed.  My neighbor Brett is the guy who is in the show doing the pinstriping on my truck. He is an amazing car guy.  He has Model A hotrod and a 1952 GMC suburban. We work on our cars together, all the time. Being able to learn from and work with him on my truck is one of the coolest things I get to do. 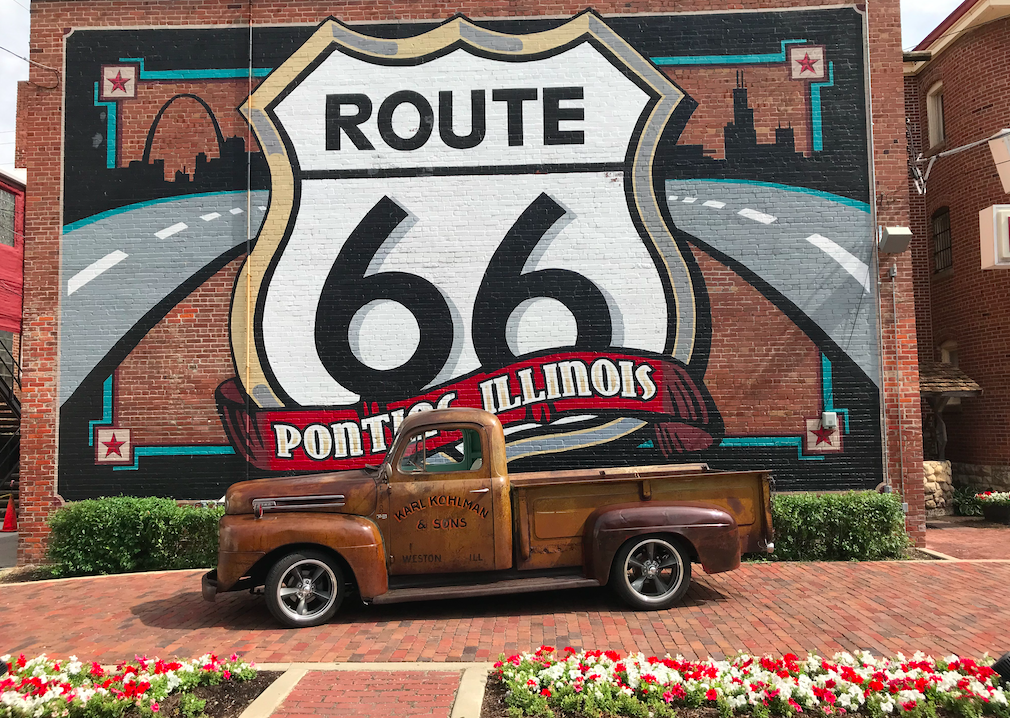 GS: How would you describe your overall experience with Garage Squad? 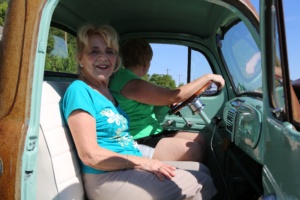 PR: My experience with the Garage Squad was life changing.  I was able to work alongside the most amazing professionals in the automotive industry.  They were amazing teachers. For me, everyday was like waking up on Christmas morning. The Garage Squad didn’t just put a truck back together.  They restored a part of the history of my family that was destined to become dust. The truck is a symbol of everything that my grandparents worked for, all of their lives.  It was the workhorse of the farm and it is the American Dream.

GS: Any other thoughts? 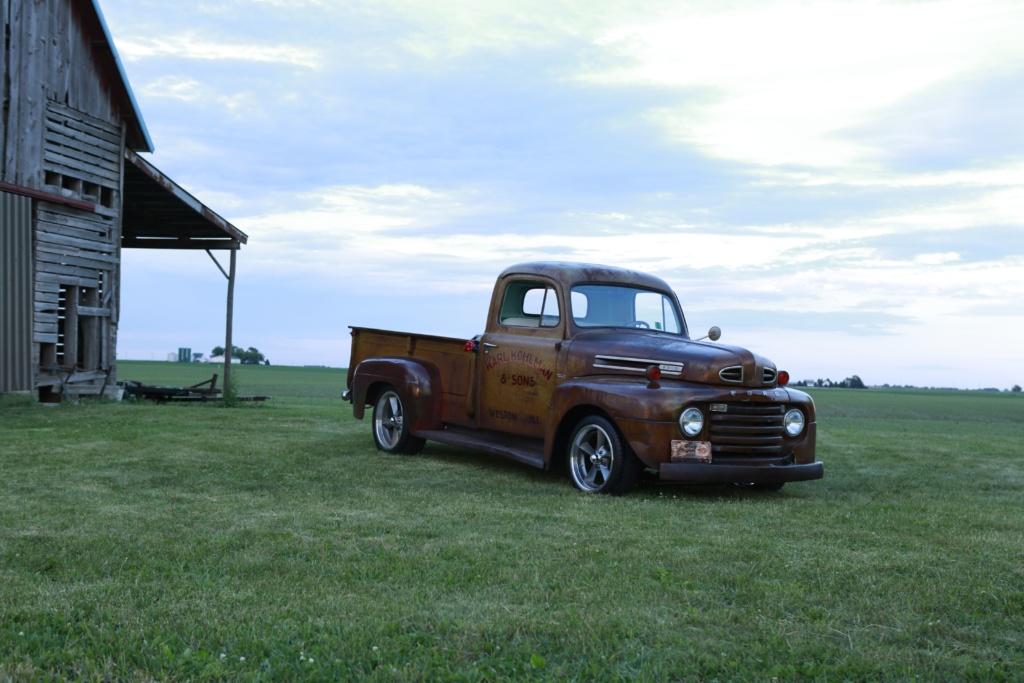 Special thank you to Paul Ritter for providing additional images and taking time to answer our questions!