Tune in Wednesday for the Season 4 Premiere of Garage Squad! We’re going big from the jump, helping a proud military family restore the roar to a 1955 Chevy 210. This episode isn’t just about the build. It’s about the bond between brothers, fathers and sons. It’s one you won’t want to miss.

With season 4 debuting on August 30th, the team is excited to showcase many amazing transformations! On August 30, a 1955 Chevy Tri-Five Sedan will be highlighted. Owner Terry Mix was given the car featured below by his father back when he was just fifteen. 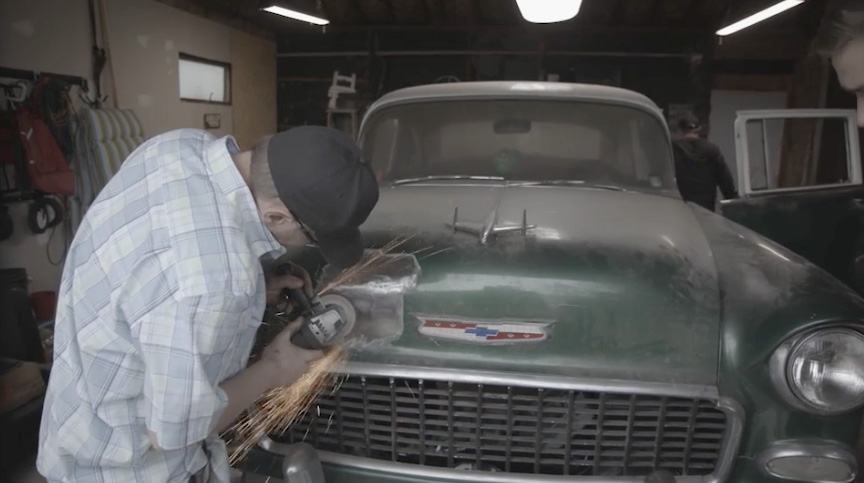 Mix suffered a life altering accident that caused the Chevy to sit in the garage for 17 years. His wife nominated him for the show, wanting him to receive help in fixing his beloved car to its original glory, and ensuring Mix’s father would be able to enjoy it too.

Tune in August 30 at 10/9c on Velocity to see the successful restoration!